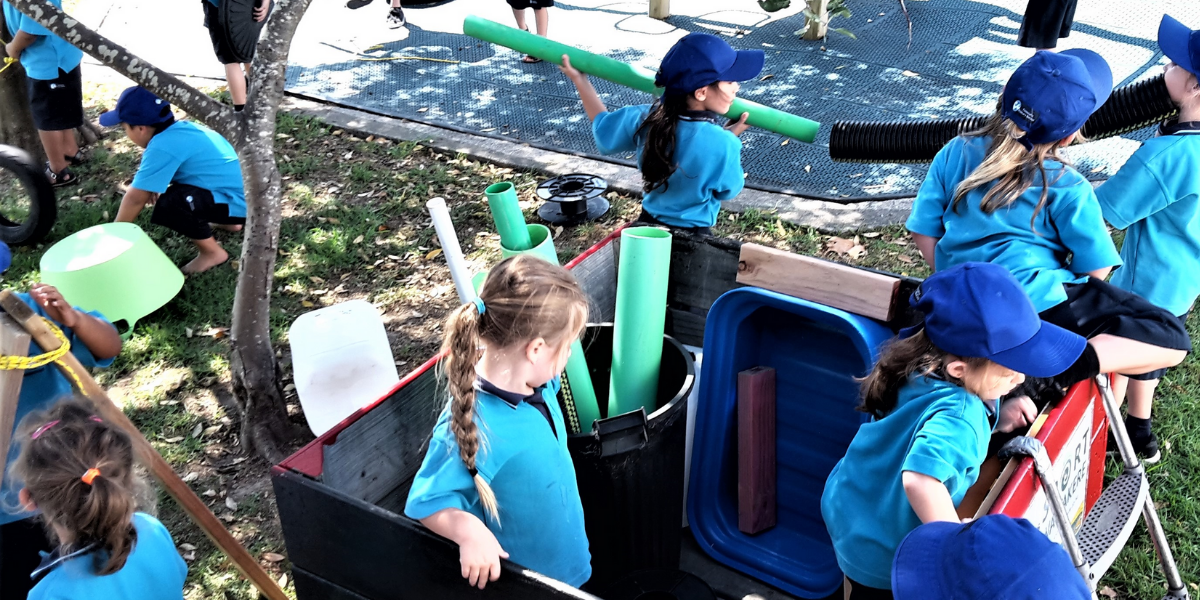 Why have junk in the playground?

Growing up in the 70’s we seemed to have endless resources to play with whether it was in natural settings with tree branches, rocks and stones, water, mud and sand or treasures from the piles of inorganic rubbish which use to be piled up on the side of the road for weeks before being collected, or piles of wood and old bricks from building sites. We would build huts, forts and bicycle ramps and in most cases there wasn’t an adult in sight.

It was just part of what we called play, but now it has been given the label ‘loose parts play’ or I prefer ‘junk play’. The theory of ‘loose parts’ is not a new concept, having been first proposed by architect Simon Nicholson in the 1970’s. Due to the fact that a bunch of random stuff can be used in any number of ways, only bounded by ones imagination, they give infinitely more opportunity for creativity than fixed materials, environments or play equipment.

So, what is the importance of loose parts play today?

It has been recognised that the opportunities for kids to have unstructured, freely chosen, self-directed and creative play has slowly declined over the decades. It has been replaced by structured, rule bound and adult controlled play. So, in a busy modern world isn’t it good that kids are kept busy doing sport, music lessons or going to organised adult led physical activity? Yes, if it gets them away from hours on end of sitting in front of a screen.

But, Dr Peter Gray links the decline in play to the increase in children’s mental health issues stating, “one thing we know about anxiety and depression is that they correlate significantly with peoples sense of control or lack of control over their own lives.” So structured activity, with being told what to do all the time, can also be unhealthy.

Over the last several years I have been working with primary schools supporting them in developing rich play environments and opportunities. All the schools identified they wanted to develop large loose parts play, which I will call junk play, as an option for their students at play times. Over a 6 month period in 2019, we trialled junk play in 10 schools in West Auckland. The trials were to see how their students would take to junk play, address any concerns from staff, and to see what issues needed to be planned for to introduce junk play as an on-going play option

Most schools trialled it for play times in their junior school (years 0-2). We encouraged them to trial it with students in years 3 – 6, with many rostering these sessions during class times. We advised the schools to instruct the teachers to let their students do their own thing and observe what happens, which was a difficult concept for some. Here is some of what was learnt from the trials:

The feedback from teachers was that they were pleased or surprised at the following social outcomes;

What the students say

Most of the student feedback we got was from during or shortly after playing with the ‘stuff’.

So, in summary we had an overwhelming number of schools see the benefits of junk play outweigh any concerns raised prior or issues identified around providing ongoing junk play.